Welcome to the first Print & Pixel News post. I thought it would be nice to gather up some of the more interesting bits of news from the week and share here with you. This could entail game sales to highlighting really interesting blog posts from other bloggers. I wanted to try something new and see how it goes.

Best Buy posted a listing for a pair of Green Joy-Con this week, and it appears to be exclusive! Previously you could only get two green joy-con if you purchased the Pink & Green set from the US and the set from Japan, so this is a great addition. These will release on October 28th, but are up for pre-order here. (Green Joy-Con – Best Buy) These come a few weeks after the new colors are set to release (Purple/Orange & Blue/Neon Yellow) 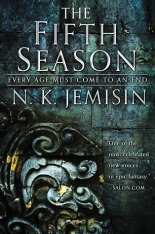 Green Ronin, a tabletop RPG company, has announced that they have plans to release a RPG based on N.K. Jemisin’s Broken Earth trilogy! It doesn’t have a set released date yet, but it’s set for Fall 2020. This is the same company that has published games for the Dragon Age series as well as the Song of Ice and Fire (Game of Thrones) series. You can see the full blog post here  – Green Ronin Announcement

Ben Irving, the lead producer on Anthem, announced this week that after eight years with Bioware he is leaving the company to seek an opportunity at another game company.

A lot of news out THQ Nordic this week! The next Saints Row game is in ‘deep development’ with Volition. A new Timesplitters game may be in the works as well, and co-creator Steve Ellis has joined the team to “help plot the course for this franchise”. Dambuster Studios is now in charge of the Dead Island series. THQ Nordic has also acquired: Milestone, Gunfire Games, and Goodbye Kansas Game Invest.

Amazon Cannot Use Much of Tolkien’s Work for Series

It has been released that Amazon has been denied the rights much of the core Lord of the Rings series. Tolkien expert, Tom Shippey, who is in charge of the show’s development has stated that the Tolkien Estate has refused to allow Amazon to set the new series in any period other than the Second Age. For reference, The Lord of the Rings & The Hobbit take place in the Third Age. So it is pretty safe to assume there will be no plot cross over happening. There is still plenty of lore to be had in the Second Age including a large section surrounding Nuemanor, Sauron, and more.

Former President Barack Obama has released his annual Summer Reading List! It includes authors Toni Morrison, Colson Whitehead, Haruki Murakami, and more! Definitely a list worth checking out if you’re looking for some recommendations for the remaining weeks of Summer. You can check out his post here for the full list – Offical Facebook Page of Barack Obama.

This entry was posted in General and tagged news. Bookmark the permalink.