Posted on February 7, 2019 by Michelle @ In Libris Veritas 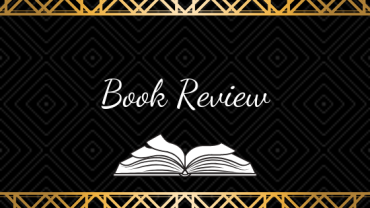 Source: Publisher– I received this book from the publisher. I received no compensation, and all opinions are my own.
Publisher:Crown Publishing for Young Readers
Series: –
Edition: Hardcover, 288 Page
Genre: Middle Grade Fantasy
Purchase: Amazon
Rating: 4/5 Stars

Max wants to be a knight! Too bad that dream is about as likely as finding a friendly dragon. But when Max’s uncle Budrick is kidnapped by the cruel King Gastley, Max has to act…and fast! Joined by a band of brave adventurers–the Midknights–Max sets out on a thrilling quest: to save Uncle Budrick and restore the realm of Byjovia to its former high spirits!

Magic and (mis)adventures abound in this hilarious illustrated novel from the New York Times bestselling creator of the Big Nate series, Lincoln Peirce.

Max & the Midknights is a cute middle-grade novel that is part comic, part prose, and a ton of fun.

Max is an apprentice to their uncle, a traveling bard, but their heart yearns to be a knight. This is a story focused on breaking down barriers that were long built before the protagonists arrived, and about having the courage to stand up for what you think is right. On top of that, it’s also pretty hilarious at times, and the artwork is really engaging. The story is pretty quickly paced and makes it really easy to sink a lot of time into it all at once, and really throws a few curveballs in here and there to keep it interesting. Max is such a little force to be reckoned with but is also humble, pragmatic and kind. I really love the friendship built with the other Midknights, especially since they really help each other find their own way and encourage them to play to their strengths.

I really love the mixed medium that these types of books offer readers, especially since it makes larger chapter books more accessible and fun to those who otherwise might be hesitant to grab something this size. I know a few kids who read books like Big Nate and Dork Diaries and feel a confidence boost in their abilities because of the size of them, and they eventually felt comfortable digging into more text-heavy novels. I think Max and Midknights is perfect for that transitionary stage, but also for pretty much anyone ranging from young readers to adults.

I’m definitely recommending this one to those who have found a love of the comic/prose books out there, and to those who want a quick little heartfelt book that will make you smile.

2 Responses to Review: Max & the Midknights by Lincoln Peirce