I slowed down on reading considerably after finishing The Stand because it put me in a slump which I am currently forcing myself out of. 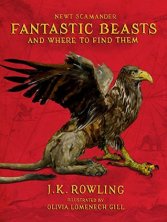 (Illustrated) Fantastic Beasts and Where to Find Them by J.K. Rowling (Purchased)

The Stand by Stephen King (Purchased)

2 Responses to Tell Me Tuesday #80