Flix Friday is a feature where I will share what I’ve been watching each week.

Lucky Star was an anime I initially started years ago when it first came out, but I never got around to finishing it. So during my free trail of Funimation, I decided to rewatch the episodes I had seen and finished up the series. It’s so much fun! It’s a really chill anime about 4 high school girls in their day to day life. It’s just a show about their odd conversations, habits and such. 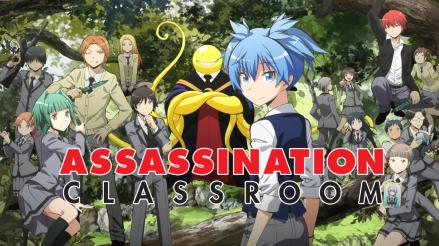 Assassination Classroom is another one I decided to devote my time to on Funimation. I’m not finished with the first season yet, but I really like this one! It’s a bit unconventional in plotline but it’s hilarious and has some surprising depth to it at times.

Image | This entry was posted in General and tagged flix friday. Bookmark the permalink.