Thanksgiving was a quieter than normal affair, as my brother had to work so we had a dinner with just my parents and I. Then Friday was had dinner with my parents, brother, niece, and my brother’s girlfriend. The rest of the week proved to be somewhat of a blur due to migraines again. I did most of my Christmas shopping on Friday, from home…and now I only have a few more things to purchase. We’re currently also getting ready to start a Dungeons & Dragons campaign in addition to our normal Dragon Age RP, but we’ll have a different DM and a larger group. It’s our first D&D game! We’re all working on character stories now.

RP Night has been pushed back to Wednesdays. Recap from last week. My character had her tourney fight…which turned out to be her last, which was mostly unsurprising because the guy I went up against was terrifying but I did make the DM sweat a little when I got a little too close to winning. We got our rewards for saving the city and then headed back to the ship to check on our friends. I got my dragon mask back from my mage friend, who did some research on it (because it was making me speak draconic randomly and demon possession is a real possibility) and gave me draconic research papers to read. Recapped with our leader and passed out. BF’s character had some crazy dream that the masks we were given weeks ago are kind of evil, so he destroys his and then steals mine off my face while I slept and had it locked up. Woke up, caught him lying to me, swung on him (missed)…and later found the mask tucked instead of my things so despite the all out creepiness of this mask I kept it because I still need to read those papers. (This will end really well I’m sure….)

Thursday: The Machines of Bellatrix by Cary Caffrey (Audiobook Review)

The Fire This Time by Jesmyn Ward (Borrowed) 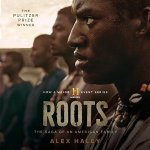 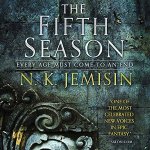