Tell Me Tuesday is a feature devoted to letting people know what you’re reading ,what you read last, and what you plan on reading.

I haven’t actually been reading as much this past week as I would like to as I’ve been dealing with a hold host of issues that have kept my brain too tired to focus on words for very long.

I adore Melanie Karsak’s books, and she has some amazing narrators for her audios that make them worthwhile. The fact that this focuses on Lady Macbeth before she ever became MacBeth’s wife is just fantastic. It deals with the Celtic gods and the on coming rise of Christianity in Scotland, and has a really nice mix of magic and fate at play. This checked off my “A fiction/nonfiction book about religion” on my Read Harder Challenge, as it deals with the struggle to hang on to the religion and culture of the Scottish people in the face of Christianity conversions. 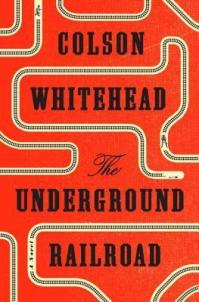 This sometimes hard to read depiction of the Underground Railroad was an emotion driven look at the extreme nature of slavery in the US. The Railroad is an actual railroad in this, and much of the state’s laws are magnified and examined on a bigger scale to really show the human side of the narrative. This one probably won’t be for everyone. And it’s another tick mark on my Read Harder Challenge, this time for “A Historical Fiction Novel Set Before 1900”. 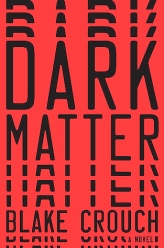 I really should have finished this already, so I’m going to focus on this as much as I can for the next week.

This is one of those fantasy novels that resides on the ever annoying “YOU HAVEN’T READ THAT? IT’S SO GOOD!” list. Anytime I say my favorite genre is epic fantasy, this trilogy pops up and I’m hit with a barrage of disbelief and book pushing. So I’ve started it for my Read Harder Challenge and will be for my “Book from the Decade You Were Born” item. It is pretty amazing so far, which is unsurprising. I’ve played a video game written by Salvatore and it is truly one of my favorites and I really like Dungeons & Dragons, so this has been very easy to slip into. I’ve only read a chapter a day since I started it but it’s good enough that I might use it to kick start my desire to read again.