So this has been a week of anxiety and exhaustion, which is no better than the previous weeks…if anything it’s probably worse. But I’ve been trying to stay busy mentally with books, video games, netflix, and walking.

I did sign up for another virtual race, this one doesn’t come with a medal but I think it’s far more important. Hogwarts Running Club is all about getting miles in while doing good, and we run/walk for charities and with what happened in Orlando a lot of us wanted to do something. So we’ve started a 9,340 mile virtual race around the US called Dumbledore’s Army: We Run as One, starting and ending in Orlando with all of the money from registration and donations going to The Trevor Project, which provides suicide prevention and crisis intervention to LGBT youths. While we get the miles in other people can back those participating with donations. We have a goal of $10,000 in donations, and we managed to squash that in less than a week. We are fighting hatred the best way we know how, with love.

On the off chance you’d like to donate, you can find the race page here. I would love it if you backed me (Michelle Gilmore) or Zac Scheinder (Slytherin team’s Head Boy). The minimum donation allowed is $10 and you can remain anonymous if you wish. Please let me know if you need help figuring out the site. 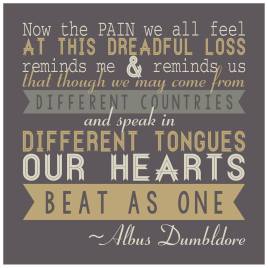 Tuesday: Tell Me Tuesday #8 (What I’m Reading & What’s Next) 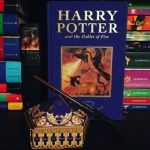 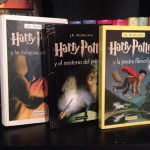 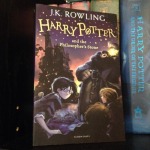 The Machines of Bellatrix by Cary Caffrey (For Review)