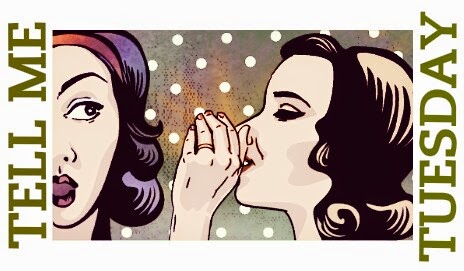 Tell Me Tueday is a feature devoted to letting people know what you’re reading ,what you read last, and what you plan on reading.

This was a decent enough romantic mystery, though I preferred the mystery angle to the romance. The two only stopped fighting when something awful happened or they got caught up in the moment…I’m all for tension between the main pair, but most of this is spent with her yelling at him about how badass she is and him telling her that she’s being unreasonably bitchy. It wasn’t bad enough that I would avoid this author or series again, but I’m not in too much of a hurry to witness their rather annoying foreplay again. 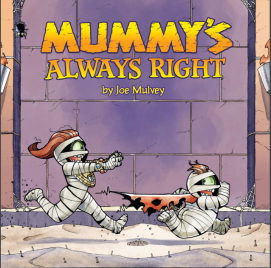 This book is currently up on Kickstart for pre-order and comes from the same publisher of C is for Cthulhu, which I LOVED, so naturally when they offered a free PDF to try it before you buy it I downloaded a copy. This is so cute! I’ve long since known if I ever have a kid I’m going to be a kind of off kilter parent who reads them Dracula baby books so this is just perfect for me (and I imagine for all the other awesome parents out there). I’m thinking of getting this one for my shelf to read to baby Mia (my niece) when she is born.

The Girls from Alcyone by Cary Caffrey – Goodreads

SOOOO GOOOD! It’s a sci-fi dystopian with some pretty solid ideas and a ton of great characters, though Suko and Sigrid are perfection on their own. I’m not even half way done and it’s got a ton of great action. Plus who doesn’t need a read full of badass young women?

This is an audio I’m listening to for the Audavoxx newsletter in June. I’m trying to keep my reading kind of varied since I’ve been getting bored rather easily lately, and I find that romances keep me interested without requiring anything in return. This one sounds pretty good though. It’s a part of a series, but works as a standalone, which I’m rather happy about. I’ve wanted to try this author for a little while now, so it should be nice to see what her writing is like.

2 Responses to Tell Me Tuesday #5