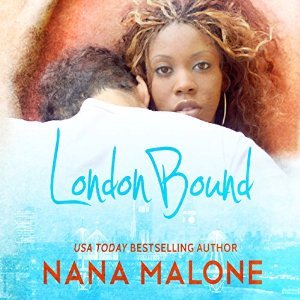 It wasn’t exactly like spunky, photography student, Abbie Nartey ran away from her life…except, that she left under the cover of darkness and put three thousand miles between her and her ex-boyfriend’s betrayal. She went to London searching for her dream. She never expected to find love, or herself.

Heir to his family’s tech fortune, sexy, Alexi Chase, is looking for freedom—from his family and from his past. What he’s not looking for is love. With secrets like his, he can’t afford to let anyone get too close. But a chance rescue has him wondering if the price of keeping secrets is too high.

Will Alexi risk losing love to keep his past hidden? Will Abbie trust herself enough to love again? Or will their pasts keep then from accepting true love?

I rarely ever read contemporary romances, and I honestly don’t know why. My go to answer is that they’re plain…but if done right they can be the perfect break from all the crazy world building or insane social trappings of a paranormal world. London Bound is one such book.

Abbie, is a young woman now learning to be independent after leaving her abusive ex and following her dreams. Alexi, is a billionaire with a troubled past and a lot of reasons not to become emotional attached to anyone. Both are incredibly skittish when it comes to relationships, and their growing feelings prove slightly problematic. I liked the balance that Abbie and Alexi held, and even though most of their problems stemmed from the lack of communication, given the topics I can totally understand the lack of desire to put all onto the table. They have a undeniable chemistry and the instant attraction is offset by the fact that both need more time to think things out and see where they stand, and I really appreciated that because I was worried it might dip too close to insta-love. I love that it’s not just Abbie who is learning to grow and stand for herself, but Alexi as well. She’s learning to speak up for herself and take risks, risks that unnerve her, and he’s learning to trust and open up about a past he’d sooner forget.  While I will admit that portions of this were a bit obvious, even to someone who doesn’t delve into pure romance often, it didn’t detract from the overall enjoyment factor.

Kitty Bang and Graham Hastead both did an awesome job of the narration, and I really liked the switch in speaker when the point of view switched over. I think I’m definitely going to check out more books read by Kitty, because her range of accents and ability to play on those emotions without the text prompting her to really made this one stand out.

I love a romance that doesn’t feel like total fluff and has a lot of ups and downs. I want it to have plenty of moments to tug at my heartstrings and make me laugh, I want heat but I also want depth and true emotion…and London Bound provides all of that! Definitely one to check out if you enjoy new adult romance!