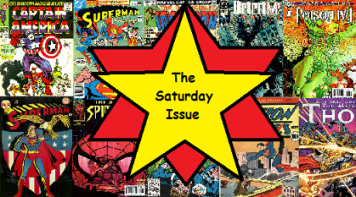 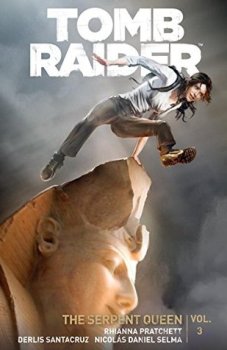 Lara must save the life of a friend she thought to be dead as a dangerous organization threatens to kill this person for good! But Lara will not be alone as Sam, Jonah, and Kaz join her on this rescue mission! Danger lurks behind every shadow–can they make it in time to save a life they thought was lost?!

So this is the final set of issues leading up to the release of the upcoming video game installment, Rise of the Tomb Raider. And this is a fact that I wasn’t expecting when I turned the last page of issue 18 and was met with a little graphic saying as much. That game is months off (though by the time this review goes up it will be released).

However it is a nice set up for explaining just why Lara Croft might put herself back into a similar position as before, though I expect much of it will be unintentional danger. The after affects of Yamatai are still haunting the group, though most of them have moved forward like Jonah. But Sam and Lara are struggling. Lara is having difficulties coming to terms with her newly found side and after the events of both Yamatai and Chernobyl she’s a bit…skittish. I really liked that the writers are thinking out how someone would actually react to everything, Lara is having full PTSD breakdowns and not hesitating to throw herself into danger because that’s where she finds her center…and it’s bothering her. Sam…is having a much harder time with it, and Yamatai has stayed with her in a way that no one truly expected. I honestly have no idea how her story if going to play out. Is she okay? Or she really still being haunted by Himiko?

This series has a been a lot of fun. I hasn’t been the most mind blowing of comics and there are certainly better ones out there, but it’s definitely made the wait between games so much easier to handle. Plus I love getting to know more about characters outside of their main element, it adds depth and I go into it feeling like I’m somehow a head of the curve. I don’t know if they plan to continue this after the new game, but I really hope so.