Read Play Blog: When Do I Game and When Do I Read?

Gaming and reading are both time consuming hobbies, that are admittedly hard to juggle at times. Particularly when there is a new game release that basically demands that all aspects of my life are put on hold until I get my fill. So how do I juggle it?

One thing that helps is the fact that I own my own business, so there is a lot of free time where I’m not having to do anything that I can use for reading or listening to audio-books. I also tend to read during car rides.

I usually play console video games in the evening and during the wee hours of the night. Though on the rare occasion I do play games on my PC during my work hours…but I generally hate being interrupted while playing a game far more than I do when reading.

There are times when the juggling become really unbalanced though, because everything I decide to do depends on my mood. When my mood tanks I have a tough time reading, so I play way more video games than would necessarily be healthy. I also tend to avoid certain games during this time, like MMOs…MMO addiction, been there done that, don’t particularly miss it.

If I’m in the perfect mood I will read during load screens, or while waiting on a party member. 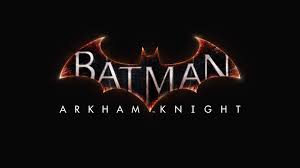 I’m playing through Arkham Knight right now, and I had hoped to beat it before Rise of the Tomb Raider came out BUT I didn’t. I have mixed feelings on this one. I enjoy it, but a lot of it feels ultra tedious like Riddler…and Firefly…and the Arkham Knight. It might be the fact that people spoiled who the Arkham Knight was for me and now I just see all of his scenes as incredibly childish instead of a mystery. But I like having free fun on the city, the gadgets have gotten cooler, and I really like the murder mystery missions.

And of course Rise of the Tomb Raider which came out for Xbox One last week! It’s gorgeous and just as fun as the first one. I love the little improvements they made as well.

Yep, I have three games going right now. Fallout 4 was an unexpected addition to my library. I hadn’t intended ever play it or buy it really, but due to a mix up and miscommunication my boyfriend had a extra copy and gave it to me. So here I am clocking ridiculous hours building settlements and cussing out disgustingly oversized bugs.

3 Responses to Read Play Blog: When Do I Game and When Do I Read?