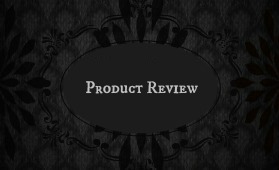 So my boyfriend actually canceled his subscription after the last box, and then surprised me with a new one in my name for a full year, so that’s 6 boxes total! It’s my Christmas present and I couldn’t be happier.

If you’re curious about the what, how, and when of the box then please check out my first post which is an overview. It goes over pricing shipping and what the packaging is like.

This Month’s Theme Was… 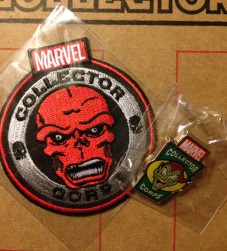 Another pin and patch set with the villain theme. I’m not a big fan of either villain (Red Skull & Green Goblin), but they are pretty cool. Especially the Green Goblin pin.

YES! This shirt is awesome! I love the art style, and the fact that it has the names on there which forgoes the inevitable “can you name all of them” from the douche geeks…and it looks epic. Plus it’s nice to have a grey shirt, since I have so few of them.

I love the little Pop keychain line and have two already, so I’m happy to have another one to add to my little collection. Though I’m torn on if I should use him or not. My Harley Quinn one got pretty beat up after a few months on my key ring, so I might just put them on something that doesn’t get a lot of wear and tear like a bookbag.

The exclusive variant for this box is the first issue of Invincible Iron Man. I really love the zombies (pretty sure those ar other characters…like MODOK) and the artwork, and even though I don’t really read Ironman comics this sort of makes me want to. Well done marketing team…well done. 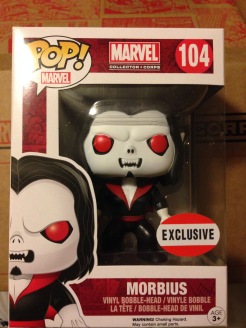 The Exclusive pop this time around was Morbius, a villain from Spider-Man. There are two versions out there, this one and Zombie Morbius, but you only get one in a box. I’m not the biggest Morbius fan, so I think I’ll hold on to him a while before I sell him.

And the my favorite addition to the box! 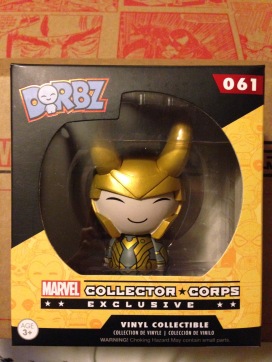 ASKJDHAH!! Look how utterly cute! I didn’t really think I’d get into the new Dorbz line, because they are so…cutesy, but I’m in love. He’s a really sturdy figure too and surprisingly heavy, and the paint detail is just awesome. If I can find a Thor I’m definitely getting him as well.

Another win as far as I’m concerned! I’m not big on Venom or Morbius, but the T-shirt and Loki Dorb basically made the whole box a success. I couldn’t be happier considering those two items alone are the full cost of the box (a bit more actually), and I’m a comic collector so the exclusive cover is a pretty awesome addition as well.