Posted on October 2, 2015 by Michelle @ In Libris Veritas

Since this week is Banned Books Week I wanted to do a special post to share some of my favorite banned/challenged books, and share the reasons why they’ve made the lists.

The Kite Runner by Khaled Hosseini 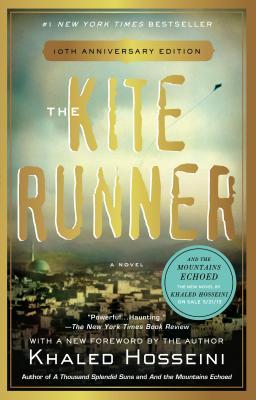 Challenged in 2012 and 2014 because it depicts graphic violence and “desensitizes teens to violence”.

I read The Kite Runner on a whim in college. It was a difficult read, it was heartbreaking and yes…it was graphic but it was powerful. It speaks of injustice and redemption with the backdrop of Afghanistan over the course of 30 years.

Hop on Pop by Dr. Suess 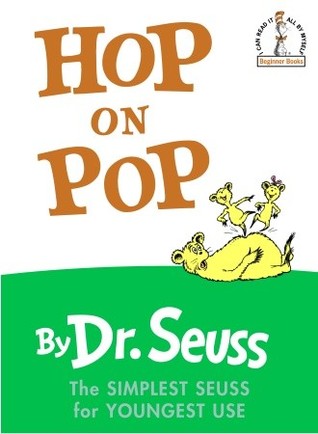 Challenged in 2014 because of a library patron’s concern that the book “encourages children to use violence against their fathers.” They also requested that the library apologize to the local fathers and pay damages as a result of the book’s message.

Yeah, you read that right…So as soon as I saw the new list from last year this one basically stood out above all others because it’s the perfect example of how ridiculous censorship can be. I remember reading Hop on Pop as a kid several times…and I don’t think I have ever had the feeling to trample on my father as a direct result of it.

Challenged in 2014 in Virginia. Issues stated was because it is “obscene” and  “uses the F-word 10 times”.

This was one of my favorite reads a few years ago. It was hopeful and heartbreaking, and really well written. Obscene is a vague description of this book and in no way is the content obscene…even a sexual prude would probably be able to make it through this book without too much of a freak out. Is it innocent? No, they’re teens…and there teens with a variety of real life issues. But that’s the point.

Challenged/Banned throughout several years by individual parents or large organizations. This series was in the top ten list from 2000 to 2009 for a wide vaerity of a reasons, like: “promotes an anti-family message”, “introduces a new belief system”, “promotes witchcraft and satanism.”

You knew this one was coming. This series is my childhood and I’ve only grown to love it more as I get older, and this is the one banned pick I never find humor in because everything I’ve ever seen listed as a reason makes no sense. It doesn’t promote anti-family because it’s all about finding family in people you meet. A new belief system? Where? The only time religion pops up in this is when they have Christmas festivities, so obviously there is some Christian undertone to many of the characters who participate. Satanism? I’ll take $1000 on “Things you clearly haven’t learned about” Alex. No where in this book does it out right promote the worship of Lucifer or the lifestyle that comes with the religion. Withcraft….I’ll give them, but only because there are witches and they do spells…but this doesn’t translate to Wiccan very well overall. 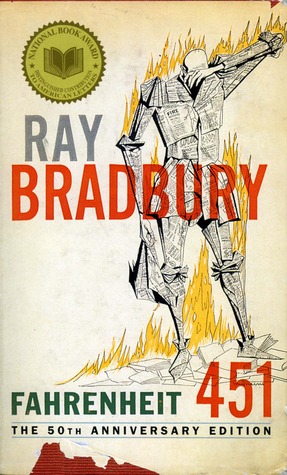 Censored instead of outright banned from a school in California. They had all the “hell”s and “damn”s blacked out. Others said this went against their religious beliefs.

Who would have a thought a book about the downfalls of censorship gets censored….I read this one a few years ago for the first time and fell in love with it. It’s the book to go to if you want to see what happens when censorship and book banning becomes the norm.

What are some of your favorite Banned/Challenged Books? Let me know in the comments below!

This entry was posted in General and tagged reading and ranting. Bookmark the permalink.