I am so excited about today’s release of CIRCUS MIRANDUS by the fabulous Cassie Beasley! When Word Spelunking sent me an email asking me to participate I knew I had to, because this book sounds too good to pass up! Cassie has sent along a very special letter sharing her feelings about seeing her book get published and all of the amazing support she has received so far.

More details about the book are below, as well as a Rafflecopter giveaway for a bunch of swag items, courtesy of Penguin Young Readers! Enter for a chance to win at the bottom of this post 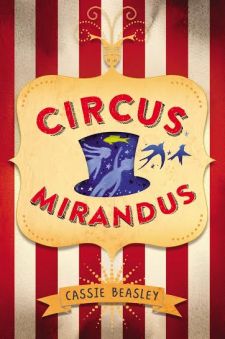 Micah Tuttle believes in magic, even though his awful Great-Aunt Gertrudis doesn’t approve. Micah believes in the stories his dying Grandpa Ephraim tells him of the magical Circus Mirandus: the invisible tiger guarding the gates, the beautiful flying birdwoman, and the magician more powerful than any other—the Man Who Bends Light. Finally, Grandpa Ephraim offers proof. The Circus is real—and the Lightbender owes Ephraim a miracle. With his friend Jenny Mendoza in tow, Micah sets out to find the Circus and the man he believes will save his grandfather. The only problem is, the Lightbender doesn’t want to keep his promise. And now it’s up to Micah to get the miracle he came for. Readers will fall in love with CIRCUS MIRANDUS, which celebrates the power of seeing magic in the world.

Ages ago I hung a poster in my room with the words “The Circus Opens Summer 2015” in bold letters across the top. At the time, it seemed that Summer 2015 would never come. Now, miraculously, June 2 is here, and Circus Mirandus is springing up in bookshops all over the country.

In the story, those called to Circus Mirandus feel a change in the wind. They hear music on the air, pipes and drums leading them toward magic and hope and heart’s desires. Eventually they find themselves before the gates, standing, as I am now, on the threshold of somewhere both wonderful and unknowable.

As people read the pages into which I’ve poured so much time and self, I wonder what they’ll think of the world I’ve created. I wonder if they will love it as much as I do. It’s an exciting moment, stepping through these gates into a place I’ve imagined but never seen.

Thank you so much for making this journey with me. Thank you for supporting the book. Thank you, most of all, for believing.

CASSIE BEASLEY is from rural Georgia, where, when she’s not writing, she helps out on the family pecan farm. She earned her MFA in Writing for Children and Young Adults at the Vermont College of Fine Arts. CIRCUS MIRANDUS is her first novel.

« “On one level, the book is a fantastical circus romp… On another, it’s both serious and thick with longing… A delicious confection and much more: it shows that the human heart is delicate, that it matters, and that it must be handled with care.”                    —Kirkus Reviews, starred review

« “Beasley’s debut is a bit of its own three-ring circus, masterfully diverting readers’ attention among the pressing matter of Ephraim’s illness, the inventive descriptions of Circus Mirandus in Ephraim’s flashbacks and Micah’s visits, and the larger, more serious tragedy of those who refuse to believe…Readers will be left with…the hope…that those who still believe will always have magic in their lives.”                                           —Publishers Weekly, starred review

“Every now and again a book comes along that completely captures my heart and imagination. Circus Mirandus is one of those books.”    —Laura Donohoe, Malaprops (Asheville, NC)

There will be 5 winners, and the Giveaway will run from June 2nd until June 16th. Winners will receive: 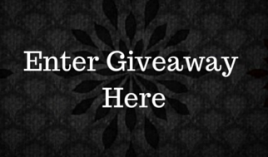 This entry was posted in General and tagged book blitz, giveaway. Bookmark the permalink.