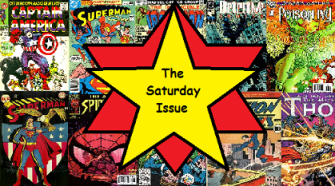 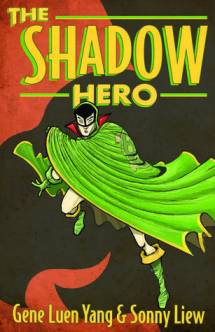 In the comics boom of the 1940s, a  legend was born: the Green Turtle. He solved crimes and fought injustice just like the other comics characters. But this mysterious masked crusader was hiding something more than your run-of-the-mill secret identity… The Green Turtle was the first Asian American super hero.

The comic had a short run before lapsing into obscurity, but the acclaimed author of American Born Chinese, Gene Luen Yang, has finally revived this character in a new graphic novel that creates an origin story for the Green Turtle.

With artwork by Sonny Liew, this gorgeous, funny comics adventure for teens is a new spin on the long, rich tradition of American comics lore.

When I requested this graphic novel I honestly had no clue what it was about, all I saw was Gene Luen Yang’s name and I knew I needed to read it. He is one of the few auto-reads I have and with very good reason, he’s a fantastic writer and he puts a bit of his heart into all of his work. The Shadow Hero is the origin story for a long forgotten superhero created in the 40’s, and after finishing it I can honestly say I’m a Green Turtle fan.

The story is really fun and full of lessons. Our hero is the son of a struggling Chinese couple who work very hard to make ends meet. He’s a quiet guy content with his life as a grocer, however his mother has other plans for him and they involve wearing a cape. I really loved seeing his transformation into a superhero and his mother is incredibly intense but unintentionally hilarious. It has much of that golden age comic feel but it’s also updated enough to catch the attention of younger comic readers. The 161 pages that this story takes up is packed with emotion ranging from extremely heartfelt to laugh out loud hilarity. Sonny Liew’s artwork is also really solid and I loved how it held onto that old era feel.

The Shadow Hero is another gem among graphic novels and it further establishes the fact that Gene is one of my favorite comic book writers.

This entry was posted in Book Reviews (2014) and tagged 4 stars, graphic novel, review. Bookmark the permalink.