This week’s theme is “If you’re a fan of this, try this” , after mulling over it for a bit and still not being able to stick to one thing I decided I’m going to do several things. Variety is always good, but since this list is a bit hard for me it’s also going to be short.

The Walking Dead is a show/comic book that focuses on the survivors more than the horrible shambling dead people. Rot & Ruin by Jonathan Maberry does the same, but most of the main characters are Young Adult age. It focuses on what humans are capable of, both the good and the bad, and what it means to not just survive by live. If you want a more adult zombie book in the same vein Patient Zero by Jonathan Maberry might be worth checking out. It’s in the same world as Rot & Ruin, but follows a man as he learns to deal with the new world.

2. If you enjoy Mass Effect, try The Star Thief 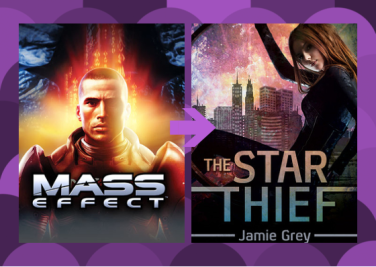 Mass Effect is a game franchise that I’m a wee bit obsessed with and so whenever I run across books that have the same feel I get extremely excited. The Star Thief by Jamie Grey is one of those books. It has all of the sleek sci-fi tech, the depth, the aliens, the high risk high octane adventures, and a independent sometimes snarky main character. 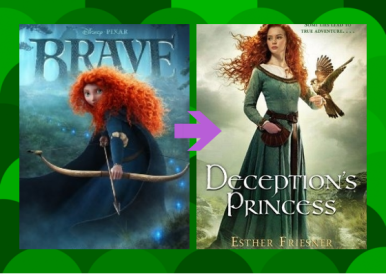 Deception’s Princess and Brave stem from the same legend, so the similarities are noticeable. However Maeve’s story does set its self a part from Brave. It’s purely historical fiction so there are no will-o-wisps or witches, but there is still the incredibly enchantment of Ireland and it’s rich history. You’ll find druids, stubborn and intelligent princesses, betrayal and redemption, loss and gain…trust me, it’s worth it. As a side note, I’m totally giving away a copy of Deception’s Princess and you’re all welcome to enter. Giveaway

I’ve never actually read nor seen Ender’s Game, however I do know the basis of it and most of the spoilers…so I feel comfortable recommending Insignia by S.J. Kincaid. It has a similar premise: the government enlists the help of specilized teens in order for them to become solders of sorts. Insignia is a ton of fun to read. The main character is a complete idiot sometimes, but he’s hilarious and when he’s with his two best friends Vik and Wyatt it just gets better. I don’t want to give too many things away but this is one cool series.

5. If you like The Black Dagger Brotherhood, try Unforseen

The Black Dagger Brotherhood is a paranormal romance series with some pretty sexy vampires, a surprising amount of depth, and a really cool premise. Unforeseen by Lauren Grimley has some really similar, but does stand a part. There are less sexy R rate scenes in Unforeseen, and the focus isn’t purely on the men of the book. In fact it has some seriously strong women who form a support system for each other. Both of these are fantastic series worth looking into.

6. If you like Supernatural, try Anna Dressed in Blood 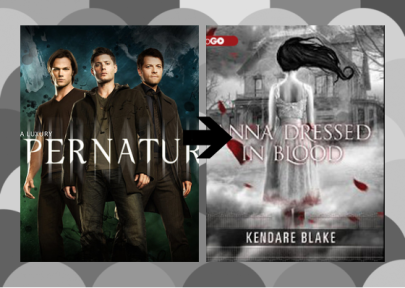 If you like the popular show Supernatural, which is about two brother who hunt down paranormal creatures and even have an angel buddy, then you should check out Anna Dressed in Blood by Kendare Blake. The main character reminds me a bit of Dean from Supernatural, and the whole feel and tone of the novel is really similar to the first two seasons of Supernatural. It has some humor, action, and plenty of creepiness to go around.