So today is a rewind day where you can pick any of the past topics, so I chose Top Ten Books that Were Deceiving. I had a ton of trouble picking a topic, so I won’t have very many picks this week either. 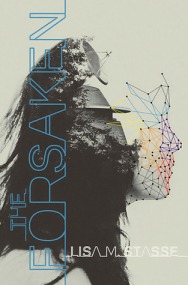 1. The Forsaken by Lisa M. Stasse – The cover of this is one that I drew a very tech related idea of in my head, and since I don’t really read summaries before starting books I was surprised to find it was more primitive than that. Don’t get me wrong there is still some really high tech dystopian elements and I’m sure the rest of the series will have that vibe, but finding out this takes place on a jungle island was a shock. 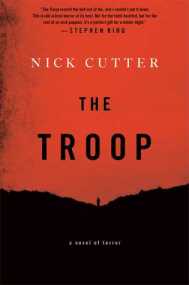 2. The Troop by Nick Cutter – This one shocked me to the point of destroying my appetite for food. I have a few phobias and this one hit one on the head…then continued to hit it until it was completely pulverized. The summary for this one didn’t allude to it and I knew it was going to be a horror thriller but I was no expecting it to be what I ended up with and I just couldn’t handle it.

3. Allegiant by Veronica Roth – WHAT WAS THAT? I’m not even talking about the ending, I liked that…I’m talking about the part before that, you know the WHOLE BOOK. I read this in December and I have already forgotten most of it, this makes me really sad because Divergent was killer. I sort of blame the hype for part of my high expectations but I feel like there was so much build up and I didn’t expect it to plateau like it did.

4. Stormdancer by Jay Kristoff – I debated not putting this on here but I did it anyway. I really really loved Stormdancer, it was a ton of fun and that griffin is one hell of character. However now that time has past I’m having second thoughts…I still love it, but now I see the downfalls of it and it’s making me nervous to start Kinslayer which I have had since the release day. I know there is a really good chance I’ll see those same mistakes in it and I fear not enjoying it.

11 Responses to Top Ten Tuesday Rewind: Books that Deceived Me