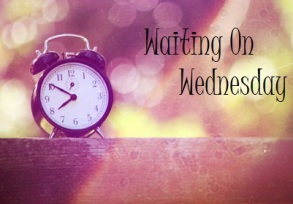 “Waiting On” Wednesday is a weekly meme hosted by Jill @ Breaking the Spine where we spotlight books we are eagerly anticipating.

The Beautiful and The Cursed by Page Morgan

*I receive a small monetary kickback from Amazon purchases

Fans of Cassandra Clare’s Mortal Instruments series and Libba Bray’s Gemma Doyle trilogy will devour The Beautiful and the Cursed, a wholly original interpretation of gargoyle lore.
It was bizarre and inexplicable, but after it happened no one spoke of it and Ingrid Waverly was forced to leave her life in London behind. She had to trade a world full of fancy dresses and society events for Paris with her mother and younger sister, Gabby.
In Paris there are no grand balls or glittering parties, and, disturbingly, the house her twin brother Grayson found for them isn’t a house at all. It’s an abbey. A creepy, old abbey with a roof lined in stone gargoyles that one could almost mistake for living, breathing creatures.
And Grayson is missing.
Yet no one seems to be concerned about Grayson’s whereabouts save for Luc, a devastatingly handsome servant who has some secrets of his own.
There’s one secret about the city that he can’t keep hidden, though. There’s a murderer on the loose. And every day Grayson is missing means that there’s less of a chance he’s alive.
Ingrid is sure her twin isn’t dead–she can feel it deep in her soul–but she knows he’s in grave danger, and that it’s up to her and Gabby to find him before all hope is lost.
Only the path to him is more than she could ever imagine.

I haven’t read very many gargoyle based stories so I’m super curious about this one.

The Madman’s Daughter by Page Morgan

*I receive a small monetary kickback from Amazon purchases

In the darkest places, even love is deadly.

Sixteen-year-old Juliet Moreau has built a life for herself in London—working as a maid, attending church on Sundays, and trying not to think about the scandal that ruined her life. After all, no one ever proved the rumors about her father’s gruesome experiments. But when she learns he is alive and continuing his work on a remote tropical island, she is determined to find out if the accusations are true.

Accompanied by her father’s handsome young assistant, Montgomery, and an enigmatic castaway, Edward—both of whom she is deeply drawn to—Juliet travels to the island, only to discover the depths of her father’s madness: He has experimented on animals so that they resemble, speak, and behave as humans. And worse, one of the creatures has turned violent and is killing the island’s inhabitants. Torn between horror and scientific curiosity, Juliet knows she must end her father’s dangerous experiments and escape her jungle prison before it’s too late. Yet as the island falls into chaos, she discovers the extent of her father’s genius—and madness—in her own blood.

Inspired by H. G. Wells’s classic The Island of Dr. Moreau, The Madman’s Daughter is a dark and breathless Gothic thriller about the secrets we’ll do anything to know and the truths we’ll go to any lengths to protect.

I am a big fan of having classics revisted in a different style or age group, so this one is right up my alley. Not to mention the fact that there are so many people who have been raving about this one as well.

What are you waiting on?

This entry was posted in General and tagged waiting on wednesday. Bookmark the permalink.

15 Responses to Waiting on Wednesday #17