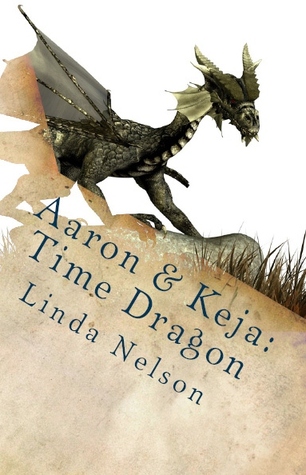 Elven Sorcerer, Lord Ky’debaul has found his magic powers waning. He devises a plan to restore these powers by killing a silver dragon. This dragon is not just a silver dragon, it is a time dragon. But in order for him to do this, he must send the dragon to another world where there are no laws written against killing a Time Dragon. Here on Orgarlan, killing a Time Dragon is a Death Sentence.
The Orc’s Leader, General Mashanga, catches wind of Lord Ky’debauls plan and sends a party of three Orcs to follow Lord Ky’debaul and the dragon to this other world. Once there, the Orcs begin to track down the whereabouts of the elves and the Time Dragon.
The world the elves have chased the dragon to is Aaron Gillian’s world. Here she resides with her friends, a dog named Keja, a cat named Chancy, Marshall who is the boy next door and an old man named Jurgith.
Keja and Chancy have heard talk about the woods of strange creatures being about. Little did they know they were in for their great adventure.
Lord Ky’debaul captures Aaron, Marshall and Jurgith when he learns of Aaron’s ability to talk to the woodland creatures. He believes she is the human spoken of in the prophecy written of in his world and believes she will be able to help him capture the Time Dragon.
The Orcs too have learned of Aaron’s ability. They decide to seek her out in hopes that she will help them save the Time Dragon. They then discover she has been captured by Lord Ky’debaul and must rescue her and her friends.
Who will succeed? Will Lord Ky’debaul succeed in killing the Time Dragon or will the Orcs manage to thwart his plan?

I had hopes for this novel since it was the first book I had won from First-reads in some time, but I suppose I was more then a little disappointed by it.  The premise was intriguing and it seemed like it would be a entertaining short read, well it was short…and only a tad bit entertaining.

The first thing I noticed about this book was that the writing is very stiff. It felt more like a school paper then an actual published story. I really had trouble picturing anything because it was so forced that I eventually just gave up on some of it. Another issue I had were the switching of tense. One moment you would be in the present and few seconds later the past. It happened so much that I had to force myself not to notice anymore. There were also times when the wrong word was used like ‘waste’ instead of  ‘waist’, which i found fairly distracting as I would read the sentence as written and then get slightly confused.

The story holds promise and it is a pretty interesting concept,but the execution is so lacking that it falls flat. I liked the idea of Orcs and Elves switching positions on the good and bad scale, and the idea of there being seperate worlds that can be crossed between with rifts. However the characters themselves were only alright and their interactions with each other were just as stiff as the writing itself. I hated the three Orcs and could barely understand their interactions with each other and the elves came off as rather stupid creatures. Aaron was pretty interesting and nearly likable, I enjoyed the idea of her being able to communicate with the animals around her…though she doesn’t seem to use it very often. Keja and Chancy are also pretty likable, and probably my favorite characters in the book. I know there is supposed to be another book after this but I would have liked to see the relationship between Aaron and Marshall actually go somewhere. It’s mentioned like it’s a big deal a few times but then nothing. There were also some moments in the book where I had to question the point of certain aspects, like the pendant that Barghast wears…it’s supposed to give the wearer the ability to speak to all kind of creatures. But then later on the Orcs are talking to everyone with no issues even though only one wears the pendant. I also didn’t like the ending, because it barely resolved the dragon issue.

I have the feeling that if the overall concept was expanded upon and cleaned up then it would be pretty decent, but as it is I found it to be too short and very glossed over. So much is supposed to happen and yet it all happens so quickly and without any real confrontation or explanation that it doesn’t seem like anything happened at all.

At any rate I can’t say I recommend this book really, even if it’s free. It’s not terrible but I didn’t find it enjoyable at all.